Having settled upon Bogner amps for 2019 and beyond, I’ve found myself in possession of 101B and 20th Anniversary Ecstasy heads. As brilliant as these sound, I do need something with a smaller footprint for a lot of my work. Internet wisdom does seem to suggest the Atma is something of a mini-Ecstasy, so almost by default it was my first port of call. With its unusual art-deco metal dials and smooth – almost metallic – woven style Tolex it certainly wasn’t lacking in visual appeal either!

I’d often found the sound of EL84 amps a little “pointy” in the past, but after an encouraging year with the Boogie Mark V:25 I was sufficiently convinced that an 18W amp of this configuration could do the trick. With the Atma’s almost entirely shared EQ section, no presence control and a smattering of mostly shared mini-switches though, I did wonder whether its three-channel operation would turn out to be overly compromised. I was also keen to find out whether it could somehow replicate the sorcery of the V:25 and give me the gut punch I need for rhythm playing.

Starting with the clean channel, the Atma carries only a single Treble dial, a dedicated clean Volume and a three-position Bright switch. Trying the amp at lower volumes, this channel initially stayed squeaky clean no matter which way I sliced it. The tonality though was a real surprise: with its open-backed cabinet featuring the notoriously sweet Celestion H30 Anniversary this is a clean sound to be reckoned with. The top end glistens; the amp’s natural warm compression surrounding each note with a halo of smouldering complexity. This is the magically elastic and bouyant clean timbre that only a smaller combo can provide, and I have to say that in this regard the Atma would compare favourably with any number of specialist offererings from Dr. Z and the like.

At gig volume, the clean channel begins to break up ever so slightly. It’s not what you’d call “crunchy”, but there’s just a hint of fur around each note that can be mined at will – depending on your right hand attack. The shape and character of this breakup can then be moulded beautifully using the pre-gain Treble control and bright switches. Cranking the Treble (or indeed the Volume!) results in more gain, verging at times on SRV territory. All in all, it’s difficult to imagine a simpler or better sounding solution here – a wide range of tones are available and there is no compromise to the amp’s gainy side as that’s completely separate.

Switching into Crunch mode, the front panel cleverly illuminates an all-new set of dials to highlight said topology. Now, the Gain control sets the overall gain for the two dirt channels (more on this later), and a new set of Bass, Middle and Treble controls are presented for our post-gain sculpting needs. Experimenting with 60 and 70 modes yields a familiar set of low and medium gain British-inspired voices, with a beautifully complex midrange that is quintessentially Bogner. Like the Ecstasy amps, the tone stack seems to come alive in its upper reaches, with a classic tonal balance appearing at “6, 6, 6” and beyond.

At lower volumes, the distortion sound is somewhat lacking in top end detail – with no Presence control available to resolve this of course. However, this seems to have been an intelligent design decision – as the perfect balance appears at gig volume. In a band situation the highs are expressive, squalling and complex – and the gain rips through the mix with dynamics to spare. 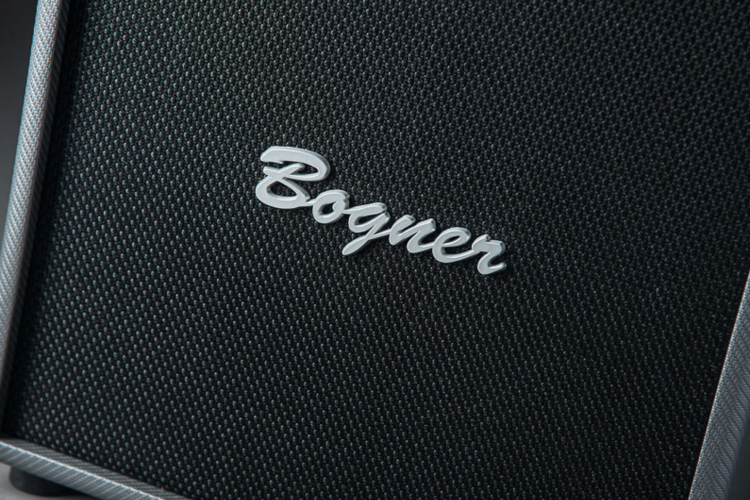 80 mode presumably adds a diode gain stage into the mix, and it does supply a livelier, breathier top end ideally suited to low volume playing. However, it remains fat, woody and expressive enough to be used in a gig situation. Rhythm parts have plenty of growl and “thunk”, and solos tear into the stratosphere without ever losing girth or authority.

What is particularly impressive about these channels (relative to countless other designs) is the complete lack of a “sweet spot” on the Gain dial. It simply represents one big sweet spot from top to bottom! It refuses to flub out at higher settings, or thin out at lower ones – which is useful as the Atma’s “third channel” is really just a continuation of its second.

Engaging the Solo mode simply brings a third volume pot into play – complemented by a dial on the rear panel that allows the difference in gain between rhythm and lead to be preset. In this way the user can choose two identical sounds with differing output volume, two wildly different sounds with the same output volume; or any combination of the above. It’s a laughably simple and flawlessly executed piece of design that leans heavily on the linearity of the Atma’s Gain control and its expertly judged gain voice. One can simply dial in shades of perfection as the situation requires! 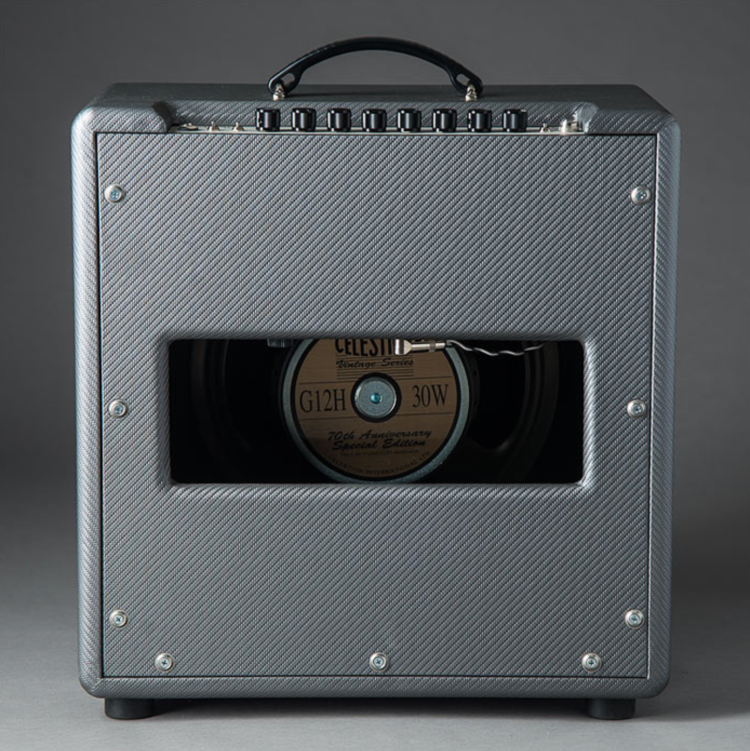 What really hits home about this incredibly stark and well-judged feature set is the number of vastly more complex amps it outperforms. It is difficult to conceive how so much more has been achieved with so much less! The persistent feeling in the back of my mind is that an ever-so-slightly expanded Atma with a 100W power stage would very likely outperform both my Ecstasy amps. All the Atma would need is three more dials for the clean channel, a 60/70/80 switch per gain channel, and some full-size glass and iron and it would be really, really silly.

As it stands, this jewel of an amp meets and exceeds both its design brief and any reasonable set of user expectations. It is simultaneously the best EL84 amp and the best small combo I’ve ever played. It begs to be taken out in place of my 101B, and it often wins. In the world of channel-switchers there is no higher compliment.